The Shattered Labyrinth is a spooky platformer, centered around a dark labyrinth filled with puzzles, riddles and apparently wine.
Legends, dating as far back as centuries ago, tell of strange happenings occurring in and around an ominous mausoleum. Apparently, all those who have entered, be it for research purposes or graverobbing, have never been seen or heard of ever again. Furthermore, rumor has it that a prince was buried there who had met with a terrible, tragic fate.
One night, unfazed by rumors and apparent dangers, a familiar investigator and his peculiar looking sidekick enter the mausoleum's graveyard, seeking the truth.

Where do I go from F7? I've beaten the whole series but it was a while ago

Edit: nevermind i got it

Edit 2: how do i unseal the sadness fountain?

Edit 3: nevermind i got it

Quite a nice game, even though I am stuck almost all the time.
Got to the second area, opened the right door there. and that's about it, am totally stuck.

Cant find how to get to the next map area or how to get more map pieces.
have 3 but would need 4 to rreach anything else.

Feels like since the beginning I jsut didnt get how this game works.
:-(

Nevermind, I finally saw the newly availlable unused pieces in the top right.

currently am back where I started, finally with a weapon in hand.
Time to explore :-)

Made it pretty close to the end, I think. Only got to do the candles but the bottom right one is literally impossible...

just beat the game, jsut was a matter of pretty precise aiming.

Nice game.
Concernin´g the wavng at the end it moe reminded me of some right arm swining political party from back in the days ;-)

I found this games by chance and now they are one of my favorite puzzle games.

It took me about 1 hour to do this but its ok.

Here is an image of the WHOLE map, yeah I checked every single square on the entire board to do this, looking for another secret place (it took me about 1 hour to do this but its ok).

Now waiting for the sunkeen city secret and checking all others games if they have or not a secret on it.

can somebody tell me how to save my map? i've pressed q but it closes it without saving it so i can get pass the first room.

ok, i've tried to play it in another website and it works so it's ok i guess...

im in the room f7, and i cant find a way out, a little help would be nice.

Wow, I really loved this. I came in blind on a recommendation and everything about this is so great? The maze-like game is pretty fun and though the puzzles are light they're all very satisfying. And wow, the art style! The silhouette of the protagonists does so much work. And ugh, that high five at the end, 10/10. Thank you for making this! I see from some of the comments below that some of your games can be imagined to be in the same fiction and I'm a huge sucker for that so I might need to play them when I get a chance!

Hey thanks!
You'll probably enjoy the first/previous one in the series too then: Flame of the Banshee. And perhaps check out Lost in Firefly Forest as well.
Also FYI, I'm currently working on a third and a fourth Cursed Travels.

Awesome, thanks for the recs, will be sure to check them out!

This was quite fun and I enjoyed it very much, thank you!

Another great game Casper! Absolutely loved it. Why did it look like they were flipping him off at the end though lmao

I can definitely see how it looks like that (other people have mentioned it as well). Just to be clear: it's supposed to be the priests waving, from a side perspective.
That said, the misunderstanding is honestly pretty funny, so I haven't changed it (yet?).

Question for the developer or someone that has passed it: https://pastebin.com/raw/3uKXAY2Y

This is such a great game. I first got attracted by the artistic athmosphere, but very soon I was hook by the gameplay, the enough challenging but not frustrating puzzles and the dark but at the same time reconfortating background story.

I made a video with my sometimes frustrated gameplay :)

I also made a game analysis for my game journal:

Hey, Ferociter, I loved the game, but quick question: which of your games have the same protagonists? I personally have a headcanon where they're all the same person (except for Trial of Temptation, Warper, and Duality of Opposites), and the story is told out-of-order, ending with the "becoming one with the universe" scene in Amidst the Sky, but I wanted to know if there's an official view of this?

Long answer because I did put some thought into this once and that's a fun question:

Before I started making games on a regular basis, I did have the idea of all of them taking place in the same universe at least, although some in vastly different points in time. So that would be a world filled with mysterious artifacts, ancient buildings, and the occasional curse.
I'm not sure if one could still argue that makes sense, but Duality of Opposites could be like an arcade game that exists in that world for example, and then Warper might take place in a distant future. I haven't really done anything concrete with that idea though (yet?).
In other words: I wouldn't say there really is an "official" canon right now, so I'd like to think your take is as correct as mine.

That said, this might change, but currently my idea was that the Cursed Travels protagonists and the Temple/Tower guy know each other. I'm thinking the Soul Mirror person is active in their world as well, same for the Firefly Forest character. Things are still moving around in the Amidst the Sky sequel's story, so uhh let's leave it at that.

Wow, that was a quick response; thanks! I look forward to the Amidst the Sky sequel.

Also, I saw Duality of Opposites to be a more abstract representation of what happens to a Soul when it enters the Mirror in Soul Mirror, or a similar Soul-splitting artifact.

Reply
tunegoro (catlover_mimi)1 year ago
Hi! It was really fun with lots of puzzle solving elements! And I love the high five at the end with Buddy!

I made a mini clip of this game, though it is not in English, and added subtitles. I hope it shows you how much I enjoyed this one!

Great game as always! I didn't find it hard. I often opened the fountains before finding the hints.

This is the secret room. Yo I finally finished it! after 4 days.

For those who will reach the fountain on the right below N3, the way to beat the maze is to hit A11, E6, E12 and D16 (the fountains where Joy, Amazement, Sadness and Fear lies)

I love this! It would love to see more games in this series (?) !

I am trying to use the map, but it appears to not work on Chrome. I did find that it works on Firefox

liking the style very much, impressive what you did with two colors.

Liked the lore bit in the super-secret room, although mildly disappointed it didn't alter any of the dialogue from the NPCs. Regardless excellent work

Awesome game! This game can be a little difficult, but go into it with some patience, it's a very rewarding experience. I love the mechanics for traversing through the labyrinth. It combines puzzle solving and exploration incredibly well. The puzzles are well thought out and feel rewarding to solve. Art style and the music was pretty cool as well. There’s nothing creepy or scary in the game, but I felt that it fit a “spooky” theme well enough.

incredibly difficult , no way i could have done that without multiple checks of a walkthrough ... tbh i didnt like it , devs other games are a lot better for me

I get it, this game series has more difficult games.

Thank you for all you doing! It's greatful! Unique smart puzzles.

Such a fun game!!! It took me longer than I'd like to admit to find the right path to the 3rd (hopefully last?) secret room but I thoroughly enjoyed every minute of it!

Great game, glad to see this turning into a series. The core mechanic is fun and it made me just sit and think a few times. Found the secret room!

After the initial sequence where you fall down the pit, all I get is a black screen. I can hear the jump effect if I jump, but can't see anything. Is this the first puzzle? Or a bug?

That is not the puzzle. You have a weird bug, probably bc of hardware limitations

Figuring out the map puzzles was really satisfying!

I'm currently stuck trying to get to the one all the way on the left, any tips?

remember what you got told in the bottom most room?
yep, that is true here too :-)

Another amazing game, great job. Have you ever thought about making a discord server?

Is N3 a secret? If so I found it. Anyways, I love the game so far. Although I didn't ever finish the first cursed travels, this one has me hooked. Once I beat it I'm going to revisit the first game.

Edit: I just realized that N3 probably corresponds with the map, too bad I can't get there yet.

Great game. Love your stuff. The secret room was a nice and informative :3

Can't figure out how do I go back up when I reach the wine cellar, but still a good game, nice artwork and atmosphere :)

You have to make a few more stops. Go to the closest space with a dot in the middle, and repeat the process until you're in the lowest room.

Loads of fun. Thank you! Is there any significance to that tile in the upper right corner in room F7? I went exploring there, but did not see anything. I know you enjoy adding secrets to your game. I will continue to hunt for the one in this game! (I never found the secret in Tower of the Scorched Sea, sadly!) 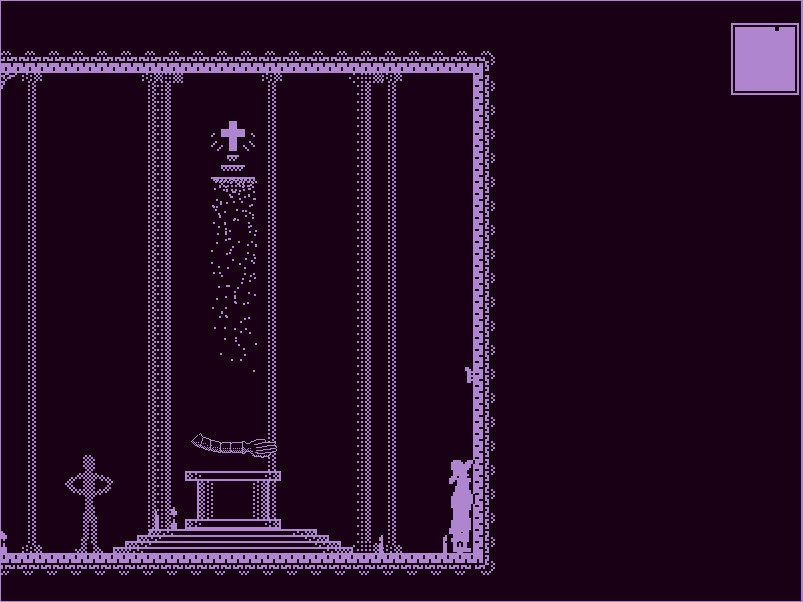 All I will say is that you are on the right track.
And I'm not sure if anyone has found the secret room in Tower of the Scorched Sea (sadly).

bruhhhhh, there's a secret room in Tower of the Scorched Sea too?!?! now I need to go back and look

Loved this game! Just the perfect amount of difficulty. 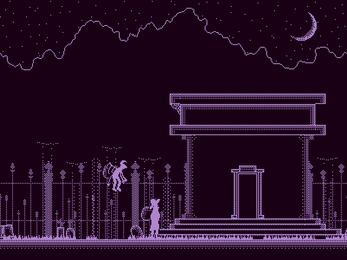 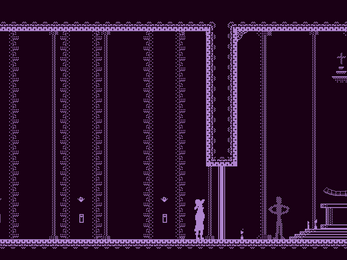 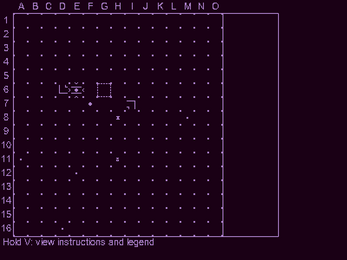 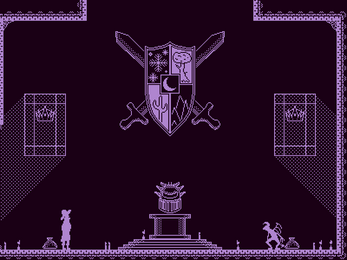 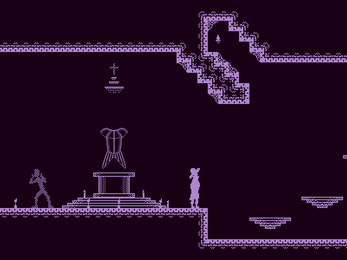